Chapter 33 - The Spirit in the Book of Acts

Summary: Beginning by looking at Acts ch.2, and its counterpart Joel ch.2, this study then focusses on how the promise of Mark 16 ("these signs will follow those who believe...") was fulfilled in the lives of believers as detailed in the book of Acts. Message is accompanied by a chart of the New Testament. 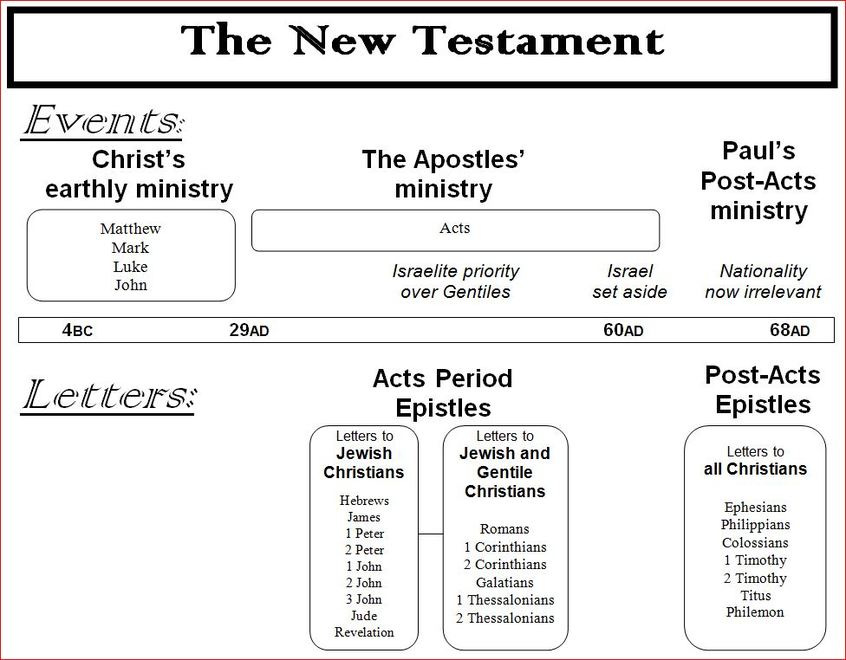 In the previous study, we began by looking at Numbers 11, a passage that exemplifies the Holy Spirit’s activities during the OT, and the Gospel Period. In those times, the Holy Spirit came upon only a select few people at a time, and didn't usually remain with them after a particular task or phase of God’s plan had been completed.
However, from Acts 2 onwards, we find that
(a) God's Spirit would hereafter dwell with all believers.
(b) God’s Spirit would remain permanently with the believer.

In this study, we’ll continue taking a general look at these aspects of the Holy Spirit, specifically as they are shown in events covered by the book of Acts.

Israel was still the primary nation in God’s dealings at the time of the Acts period. In the Gospel Period, Christ had come, preached and worked wondrous miracles through the power of the Holy Spirit, but had been rejected. In the Acts period, those who put their faith in the risen Christ would also be blessed with the Holy Spirit in their lives, and display signs that the Holy Spirit was with them too. Ultimately, they would be rejected as well.

These events are recorded in the book of Acts, and in the writings that were written during that period – the early epistles.

In brief, let's remind ourselves of what happened on the day of Pentecost in Acts 2....
Read Acts 2: 1-4, 6, 12-18
- the spirit came upon God’s people. – no Gentiles there included in these events.
What took place in Acts 2 prefigured what will one day take place when the future kingdom comes. Pentecost was a foretaste of the future kingdom.

- Peter said that "this is that spoken of by the prophet Joel"
In other words, this speaking in tongues that you are witnessing is the same sort of thing that was predicted 700-800 years earlier by the Old Testament prophet Joel.

READ portions of Joel 2
First READ quote from Joel 2:28,29
– context is Israel:
2:1a … 15 (feasts, sacred assemblies – only for Israel to take part in)
17 – priests of the Lord (had to be Israelites)
18 His land, His people
19 no longer a reproach among the nations
note: grain, new wine and oil
Pentecost – wheat harvest // Tabernacles – fruits, esp. grapes & olives
23 Zion
24b wheat, new wine & oil again
27 you shall know I am in the midst of Israel … My people never put to shame
28 I will pour out My spirit upon all flesh  - ie. Israel.
28/29 sons daughters, young and old –  a cross section of the population
a promise that all Israel would experience this.

Back to Acts 2:16 “this is that” – this speaking in tongues you are seeing and hearing, is the same sort of manifestation of the Holy Spirit that was prophesied 700-800 years earlier.

This gift was not only intended for a select few but  we read, as part of the same speech ...
Acts 2:38,39 - “Repent, and be baptized every one of you in the name of Jesus Christ for the remission of sins, and ye shall receive the gift of the Holy Ghost. For the promise is unto you, and to your children, and to all that are afar off, even as many as the Lord our God shall call.
-  inclusive of all Israelites who would believe on the Lord Jesus Christ.